Without a doubt, the gaming industry faces a relentless, almost unbearable, pressure to produce better games with better graphics, sound effects and on a consistently smaller budget. Most gaming companies are owned by large corporations these days, with individually-owned indie gaming companies being bought out or crumbling under the ailing economy. This makes it harder and harder to retain even a semi-respectable revenue as an independent game developing company. By studying for a developer Salesforce certification in Chennai, not only is there a possibility of bringing a company back from the edge, it can also improve sales and increase revenue.

The problem with the gaming community, as stated by businessinsider.in, is the fact that is one of the most volatile fields. With constant breakthroughs in visual and audio technology, a plethora of game play genre to choose from and a fickle fan base, it comes as no surprise that this field desperately needs a CRM to run statistical analytics and other algorithms in the background.

Not only does gaming encompass a very large number of departments, most of these departments are totally unrelated to each other on a fundamental level, making project work a blind juggling act. To coordinate events, project details and various levels of design, a CRM system such as Salesforce can be integrated into the previously existing platform, making the act of transferring large amounts of important data to a new system a thing of the past.

Salesforce can also put an end to the distraction or sudden overwhelming surge of information that might confuse a human being. By channeling information to the appropriate channels for the appropriate departments to deal with, the mistakes caused by the human factor are significantly lessened. CRMs can also help allot the best people for a project, which keeps the pressure to perform evenly distributed and less stressful. 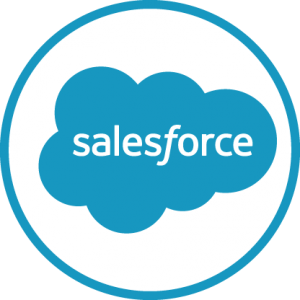 Evidence shows that turning a bad situation around starts with de-stressing the employees and creating more orderly assignments that have been clearly categorized according to priority, deadline or even customer. This type of micromanagement is something CRM systems excel in, which makes it doubly useful and frees up valuable time spent creating spreadsheets for more profitable uses.

Take insight from three key areas; Performance, Alignment and Motivation. This will dramatically increase the positive impact of CRM in all aspects of the company. Analyse the individual and group performance of every department in the company and allot human resources and funds accordingly. Never over-staff or under-staff a project. Salesforce aids companies not only in allocating proper resources but also analyses the work history and necessity of those resources in that specific group to make sure they function with maximum efficiency.

Projects are rarely finished if each member of a group takes a different time to finish it. Coordination is the key to achieving a well-balanced gaming company. Any conflicts should be settled swiftly and effectively to prevent them from causing bigger future problems and troubleshooting should be duly logged in the CRM platform. In order to motivate customers to buy the product as well to boost company morale, the small victories should also be celebrated.